The Art of the Email Series

In Level 1, we gave a brief overview of Autoresponders and how you can use them to engage new subscribers, but now let’s go a little bit further to talk about what comes next.  While it would be nice to send a personal note to everyone who signs up, the reality is that for most us that is just not a possibility.

Good news! Automation is your friend and using basic automated email series can be an incredibly powerful way to drive purchases from your ecommerce store, warm your sales leads up for a rep, or to tell your brand’s story over an extended period of time. In fact, companies using marketing automation see 53% higher conversion rates than non-users, and an annualized revenue growth rate 3.1% higher than non-users, according to consulting firm the Aberdeen Group.

So, while marketing automation may sound complicated, it actually doesn’t need to be. Anyone can set up an email series directly in Privy in just a few minutes.

For each campaign you're running, you're likely using a clear call to action encouraging people to sign up. In some cases, it’s general interest. In others, it’s a coupon or special deal. And in still others it’s an exclusive series of content.  Those offers are a great starting point to start thinking about what would be included in an email series.

In this section, we’ll look at three kinds of email series you can use to grow your business and make the most out of your new contacts.

We'll start with our first type of series, a reminder to redeem a coupon. 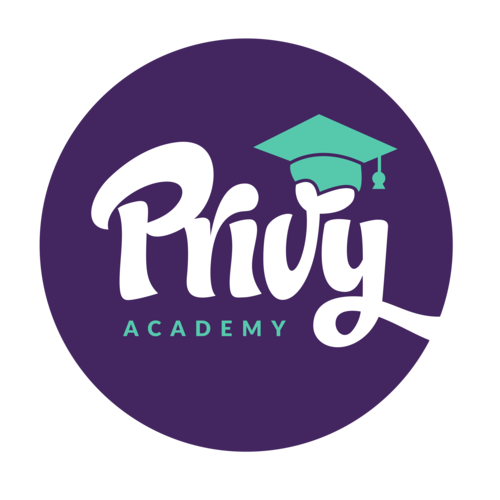 What is On-Site
Conversion and
Why Should You Care?
Why Building an Email

List Matters
Developing a
Messaging Plan
Choosing Your Display Font Choosing the Right Triggers Create a Compelling
(and Manageable) Offer
How to Make Your
Messages Stand Out
and Drive Action
Five Starter Campaigns
to Consider
Simple Design Tips
and Tricks
Welcome Email
and Autoresponder
Cart Saver Campaigns Blog Sign Up Campaigns Free Sample/Bonus
Product Campains
What is No Form
Messaging and Why
You Should Be Using It
Flash Sales Related Content Products Grow Your Social Following Make an Announcement Promote an Event Why You Should
Create a Follow Up Series
Welcome Series Coupon Reminders Series
Why Use Cart Based
Messaging?
Building Cart Value
Based Campaigns
Why You Should Be Paying
Attention to Instagram
Nine Tips for Powerful
Instagram Ads
Tying Your Ad Messages to
Your On-Site Campaign
How to Use UTM Codes to
Match Your Messages
Measuring Your
Conversion Rate
Conversion Testing Basics Six Converstion Tests
Worth Running